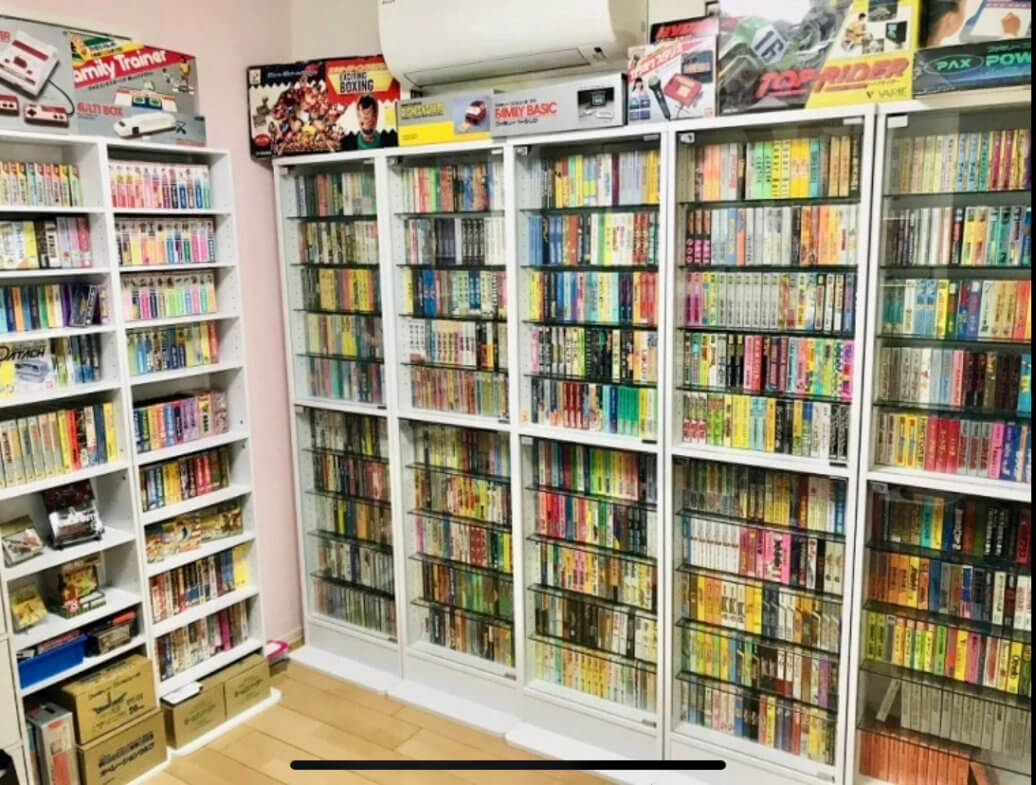 One of the coolest shopping experiences you can have in Japan is the surprise of wandering into a store and finding it packed from floor to ceiling with retro games. For gaming historians, it’s a sensation on par with an archeologist locating a temple full of cultural relics, filling the discoverer with a mix of excitement and reverence at the monument to the glory of a bygone era. 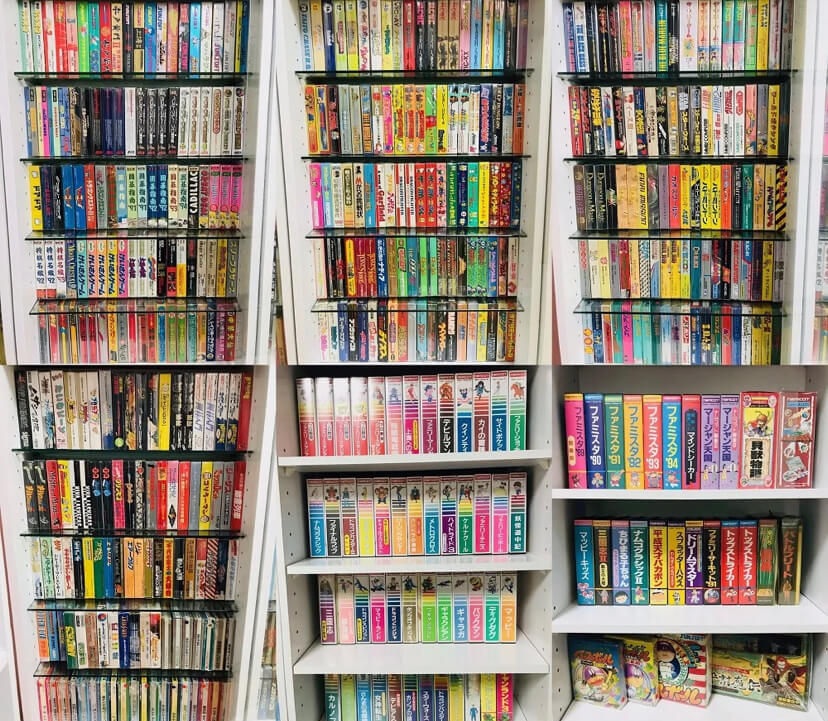 However, the photos here aren’t of a specialty shop in Akihabara, but of an extremely dedicated hard-core fan who’s compiled a complete collection of every single cartridge that was commercially released for the Nintendo Famicom!

Japanese Twitter user @corner_mask says it took him close to 10 years to put together the complete set, which comes out to 1,053 games in total. Making the whole thing more impressive is that every single one of those games also has its original box and instruction manual. That’s no small feat, considering that the Famicom (Japan’s version of the NES) catalog goes back all the way to 1983, meaning that a lot of those paper artifacts were destroyed during the period when most gamers were fairly young kids who didn’t always handle their toys very delicately. 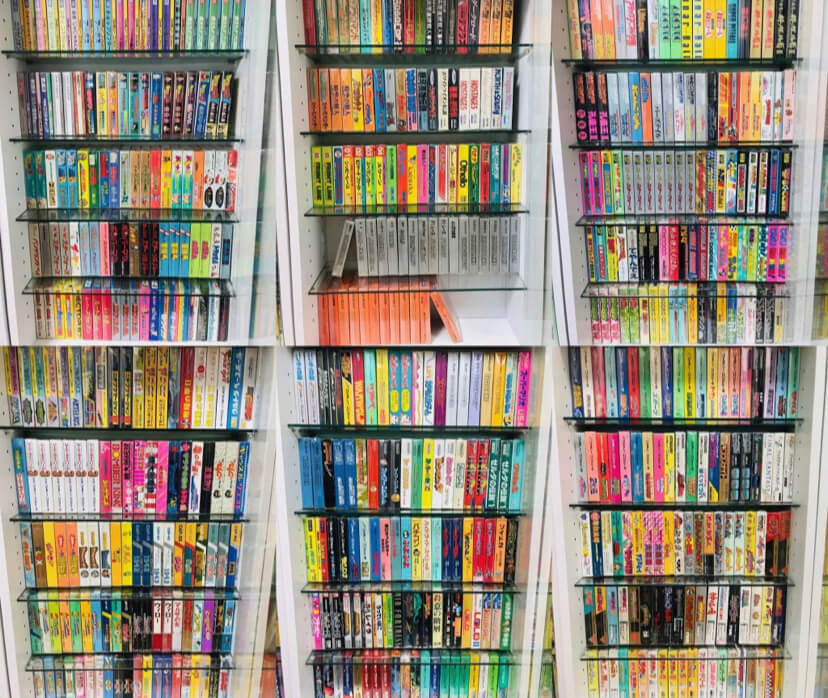 Taking a look at the shelves, you can see there was a surprising amount of variety in package dimensions for Famicom games, some of which came in fairly form-fitting boxes while others are thicker, almost looking like stout reference books. You’ll also spot a number of peripherals such as the Family Trainer running pad, Robot/R.O.B., Famicom karaoke add-on, and Exciting Boxing, a game from Konami with an inflatable punching dummy that you wail on while playing.

@corner_mask’s collection isn’t just an amazing accomplishment in game hunting, but in bargain hunting too. He says the most he paid for any of the 1,000-plus games is about 200,000 yen (US$1,820) for Battle Rush: Build Up Robot Tournament, a title that works with Bandai’s Datach peripheral, and that the total cost of all his Famicom games came out to roughly three million yen (US$27,270). 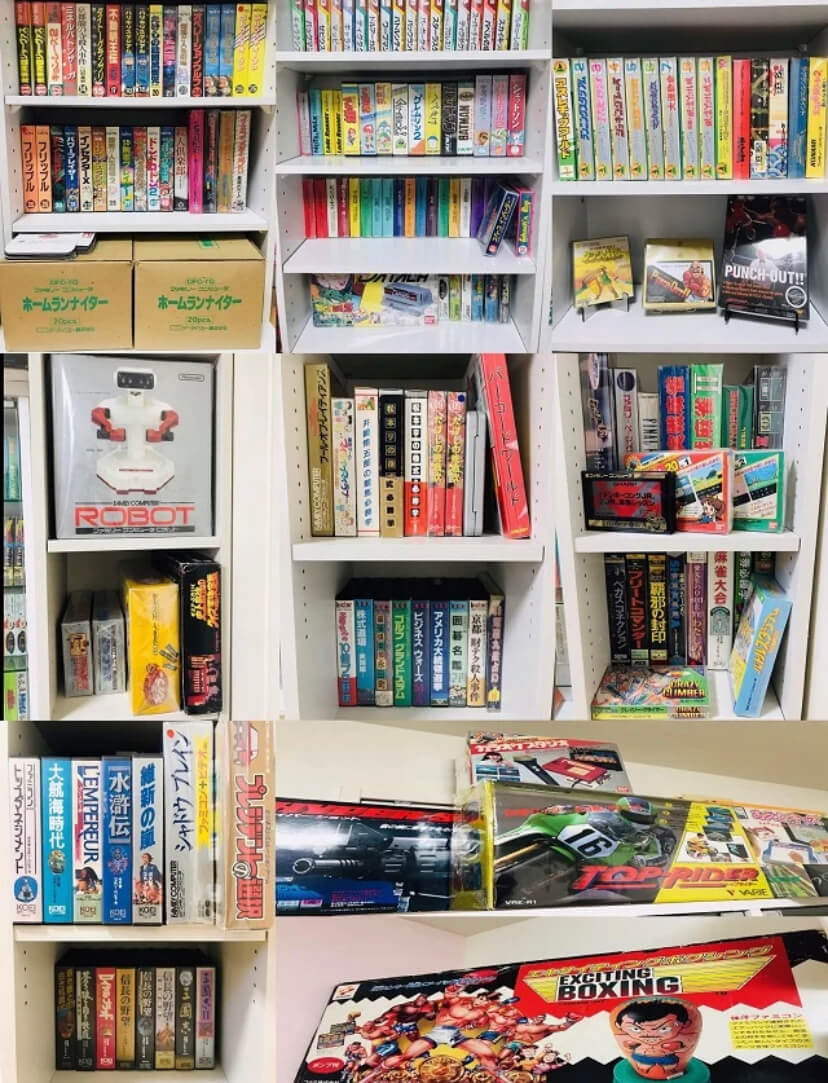 So what’s next for @corner_mask? He says he plans to track down copies of the “ginbako,” or “silver box,” Famicom games, titles that were re-released in silver boxes (not to be confused with the silver box series of NES games released overseas), and he also wants to put together a complete set of Famicom Disk System games, a task he’s starting from scratch on (we could be tempted to part with our copy of Idol Hotline-Nakayama Miho no Tokimeki High School, by the way). First, though, he says he’s going to be taking a little break from collecting. He’s definitely earned one, plus he’s probably got a massive retro gaming backlog to work through, as does this guy who’s got a 99.36-percent complete Game Boy collection.